According to The White House, in January 2016, “the International Atomic Energy Agency verified that Iran has completed the necessary steps under the Iran deal that will ensure Iran’s nuclear program is and remains exclusively peaceful.” This should lead to the lifting of numerous nuclear related sanctions — oil exports, international financial transactions, and industrial imports — that have dramatically limited the country’s economic output since the mid 2000’s. The sanctions remain one of the defining aspects of Iran up to today, and precisely that which make its architecture interesting to study.

To paraphrase the introduction of a popular economics textbook: “Architecture is building design under conditions of scarcity.” With international sanctions having loomed over anything built in the past ten years, the idea of shortage, limits, and isolation becomes an interesting lens through which we can examine a project.

For some, it is overt: the SIPAN and Kahrizak residential buildings began as abandoned construction ventures, which were then referred to the studios of RYRA and CAAT. Others, such as the Villa in Darvishabad, hark back to a time when “international influence” meant good things — in this case the purity of Le Corbusier. One can also observe an inward turn to the region’s architectural heritage, as in the ornamental windows of the Shahkaram Office building or the resurgence of stone cladding. As these sanctions have defined Iran, its architects have risen to the challenge. 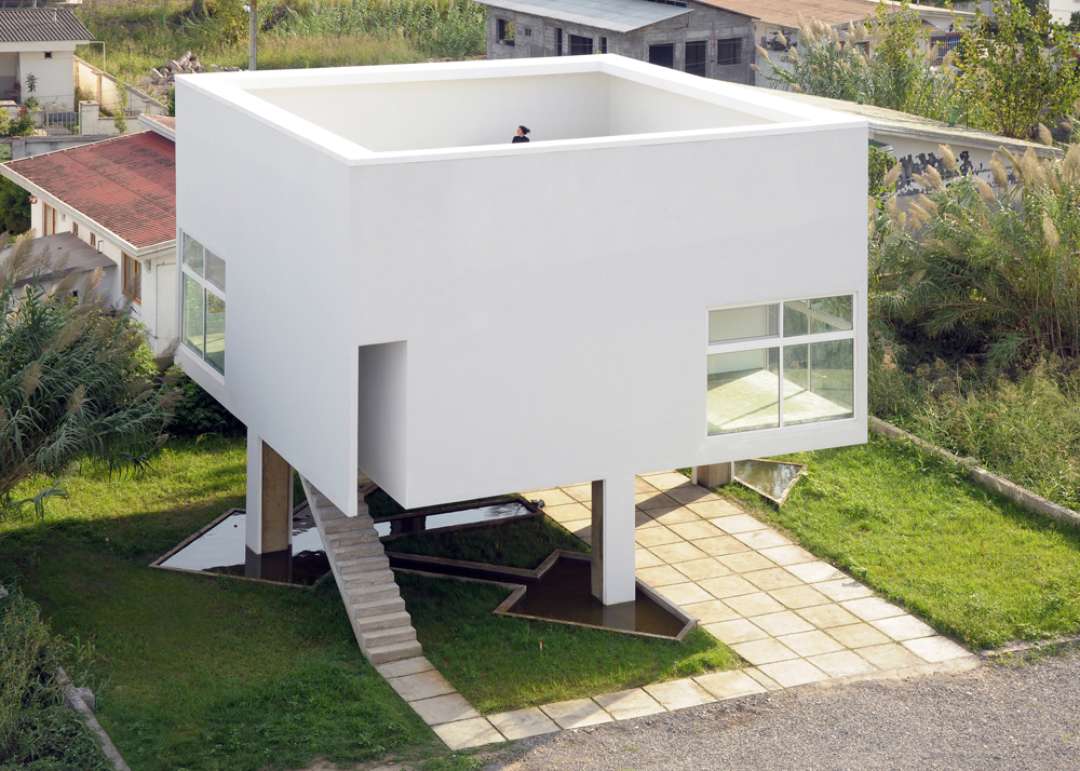 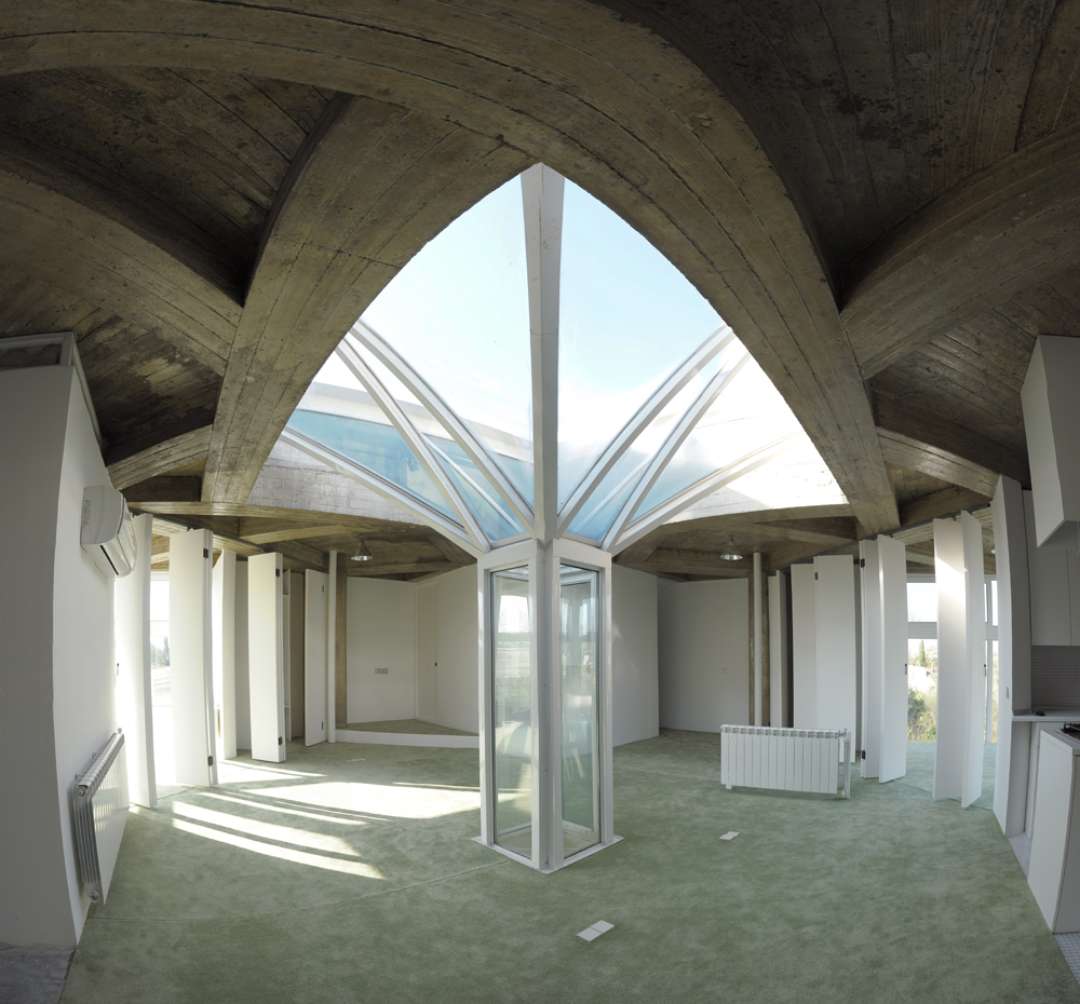 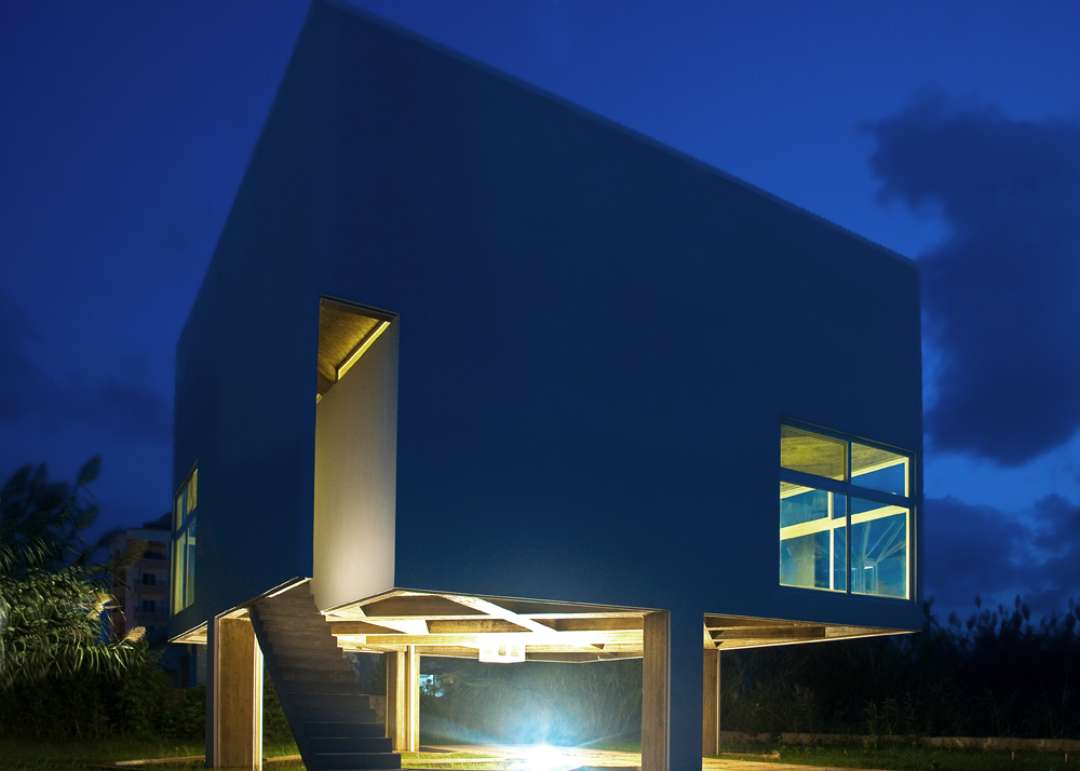 There is more than a little Corbu in Rai Studio’s Villa in Darvishabad. Most strikingly, the house sits proudly on center-mounted pilotis — but this isn’t the only homage to the Five Points of Architecture. The interior plan is open and flexible, there is a large roof terrace, and the façade is free from load-bearing responsibilities. All that’s missing is the horizontal band of windows! 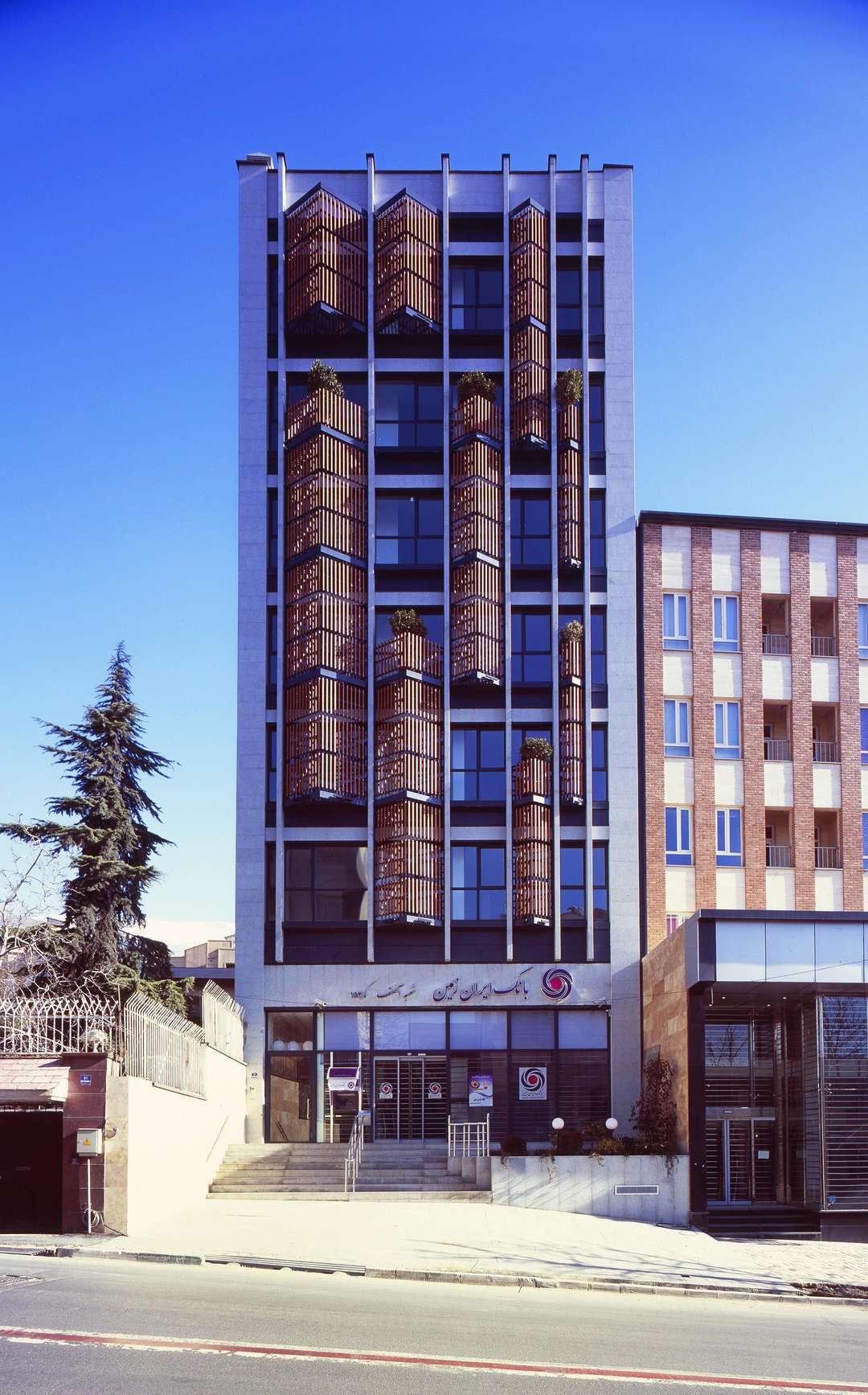 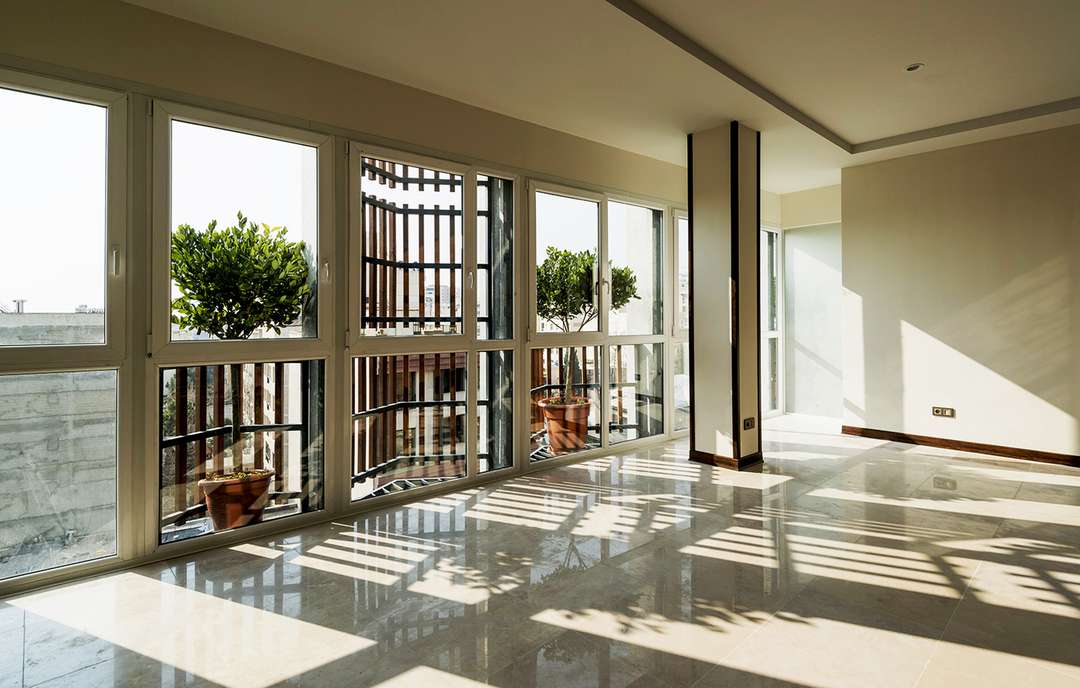 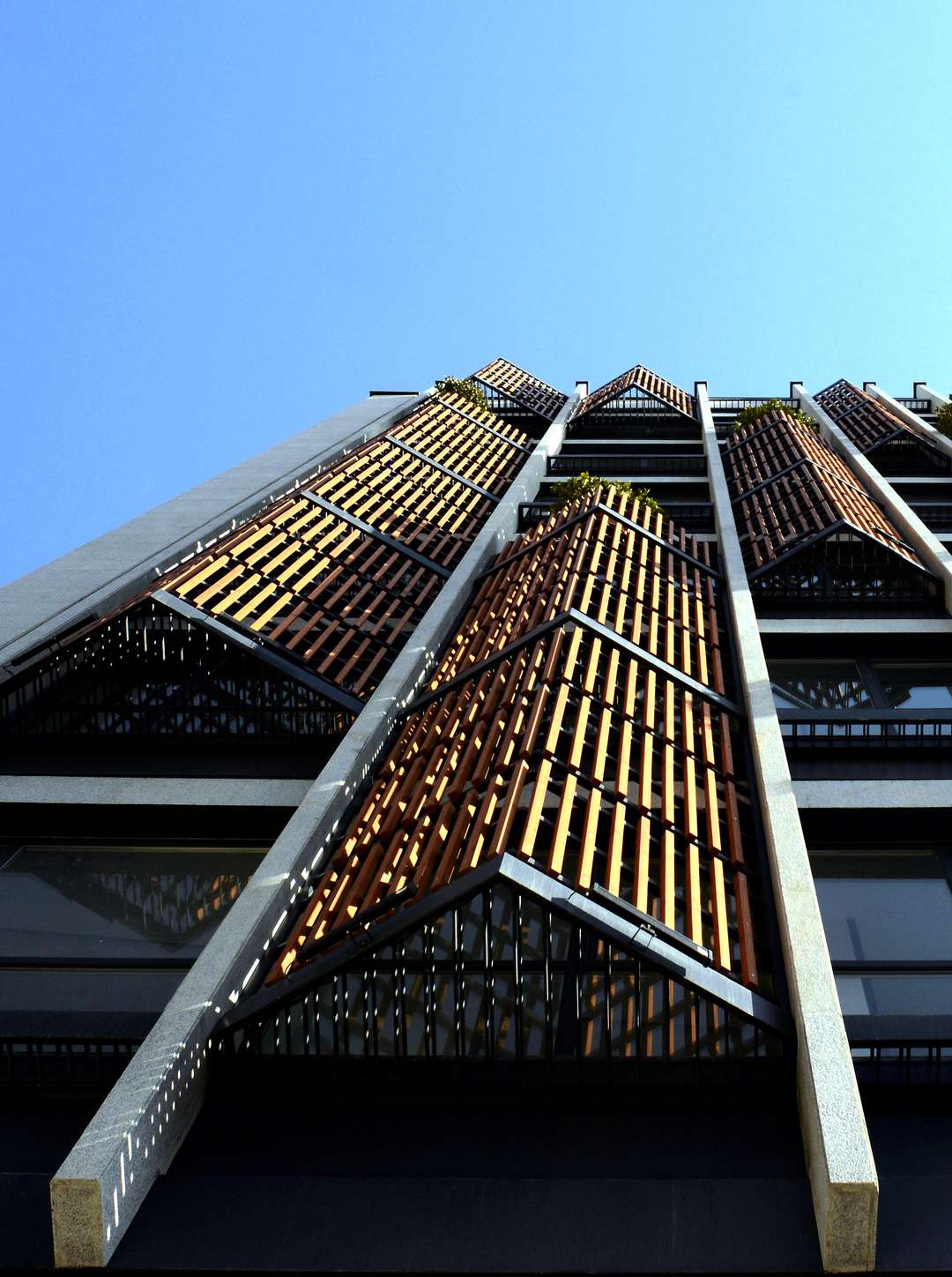 The front of the Asef Office Building is defined by its sun blinds: these chevron-shaped aggregations give shade and act as balcony railings and as plant containers for what will one day be a verdant façade. 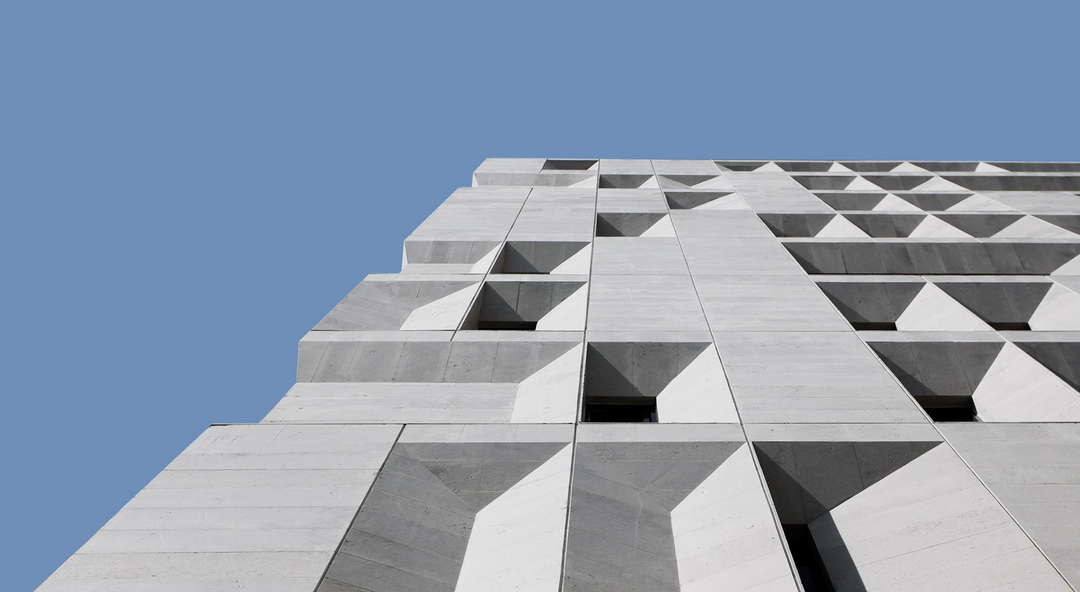 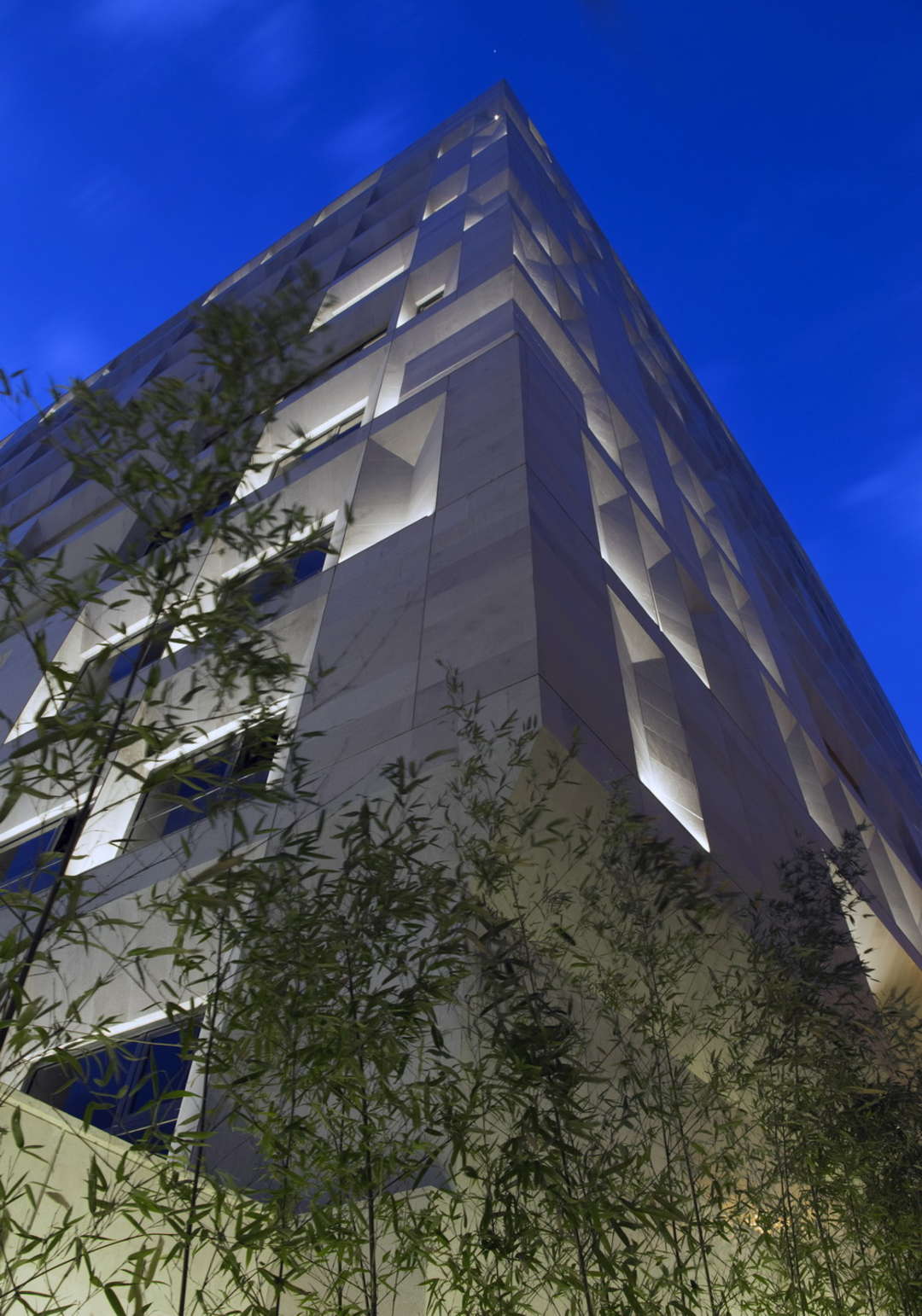 Of the myriad reasons to appreciate the SIPAN Residential Building, two stand out in particular. Firstly, the project was referred to RYRA after the structural elements had already been completed, making it as much about adaptation as it is about design prowess. Secondly, the material of stone is associated chiefly with the ancient monuments of Iran, which makes the decision to reintroduce it with a contemporary vocabulary all the more important. 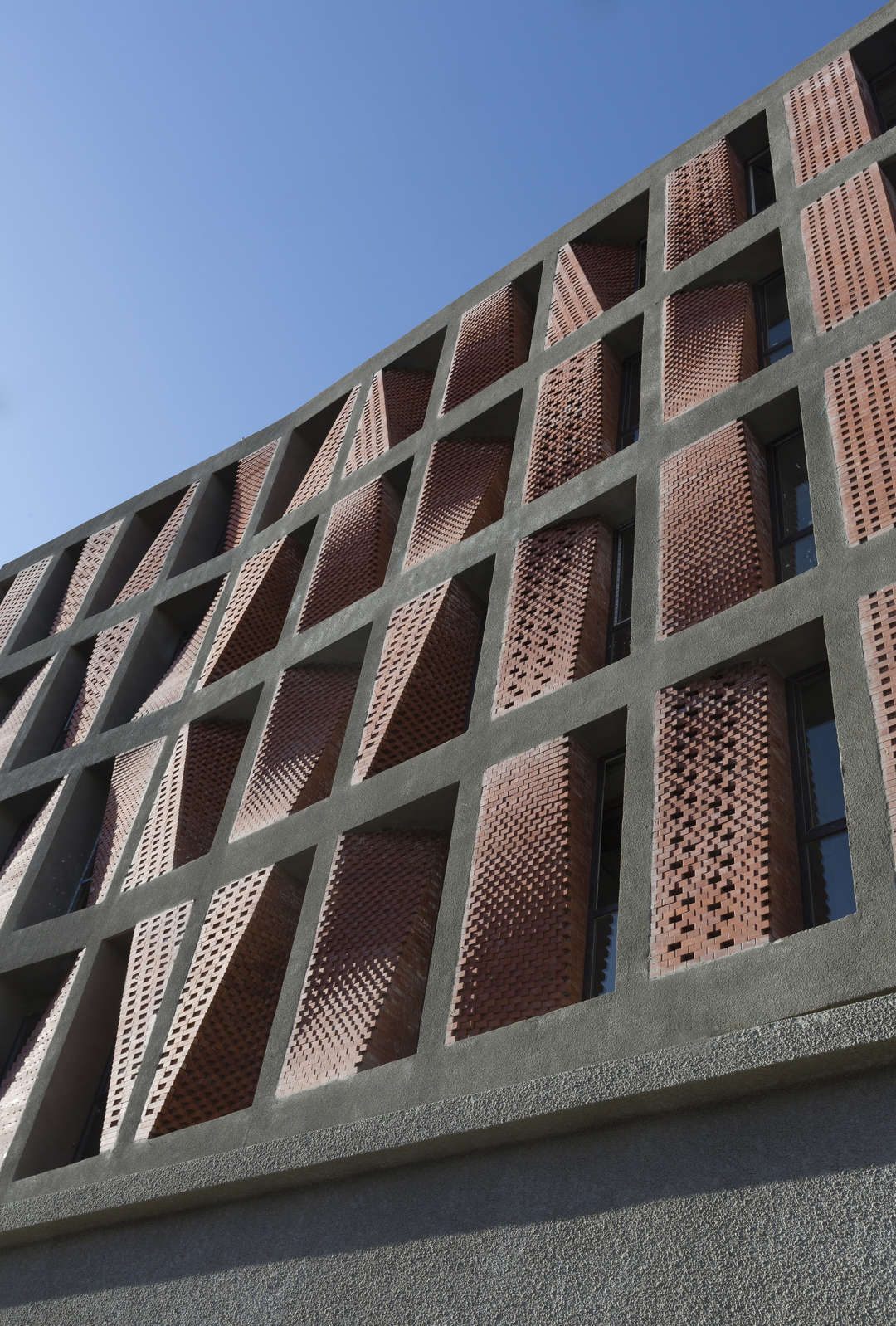 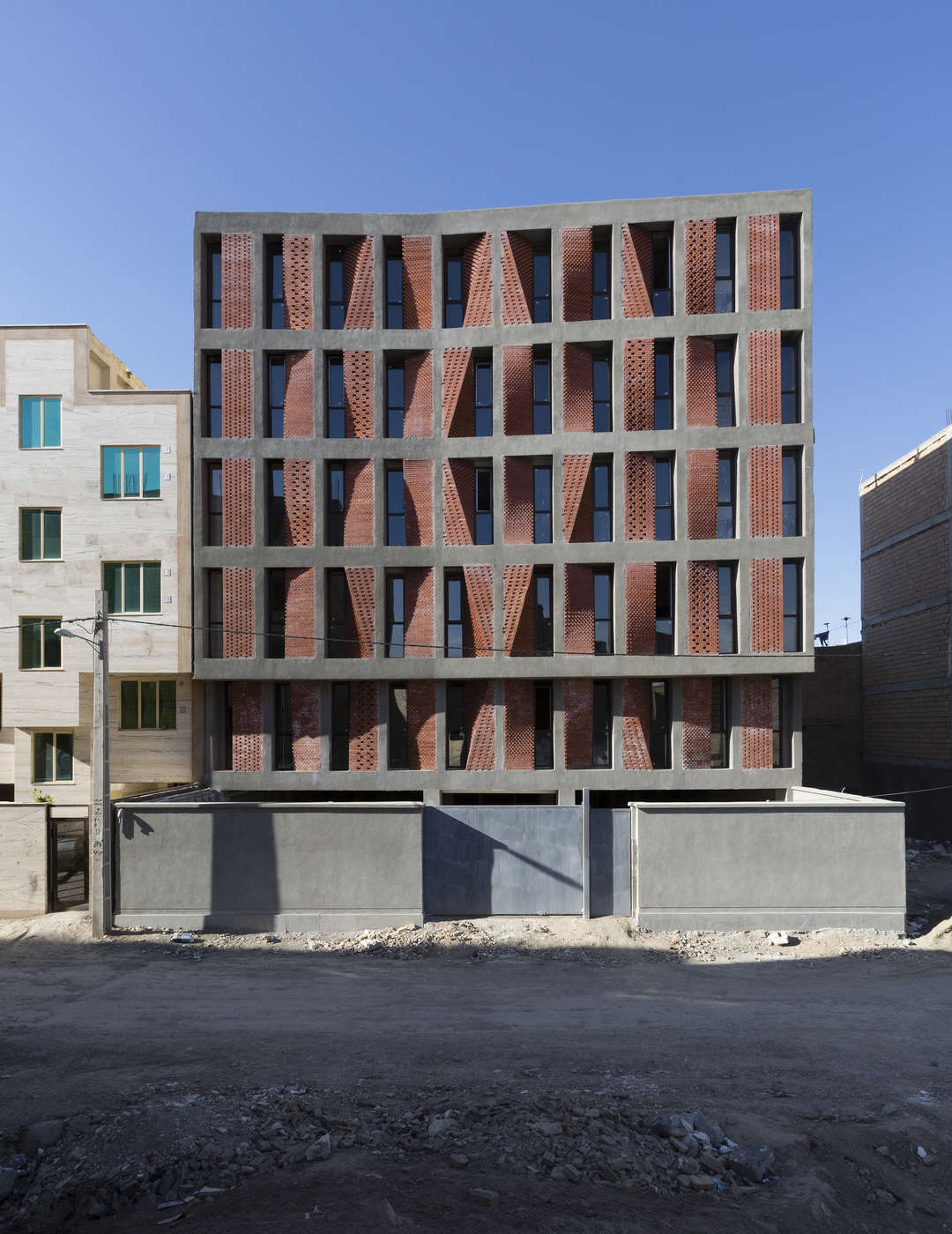 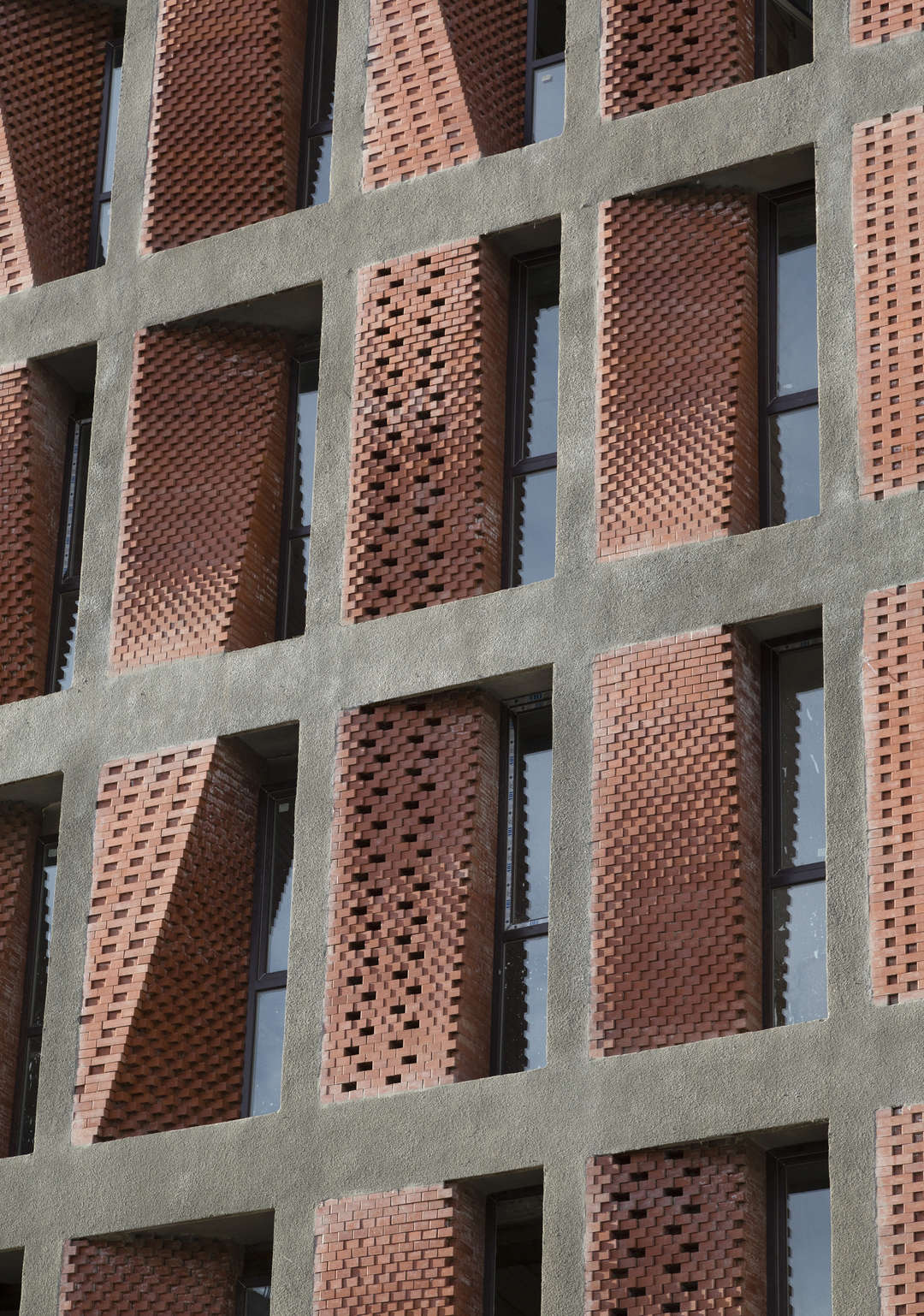 Like the SIPAN building, the Kahrizak Residential Building was not built ex novo – it grew from two stories of an aborted apartment complex in the poorest southern reach of Tehran. CAAT Architecture Studio expanded the existing structure vertically and added a grid to the façade, the apertures of which were filled with one of 21 brick expressions. 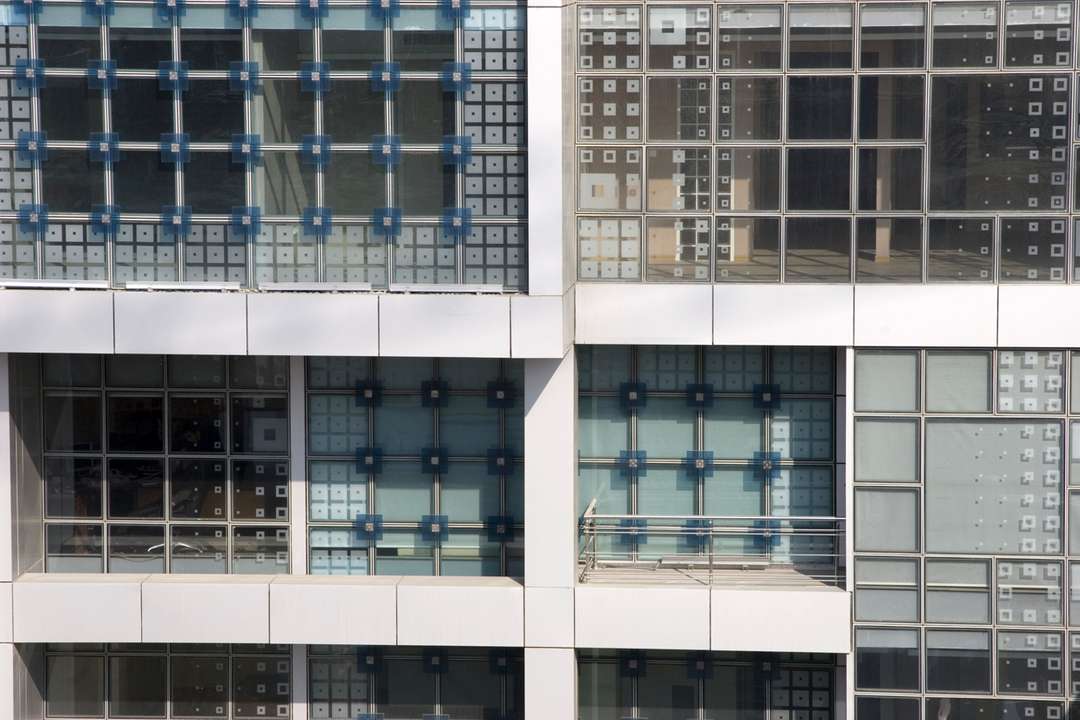 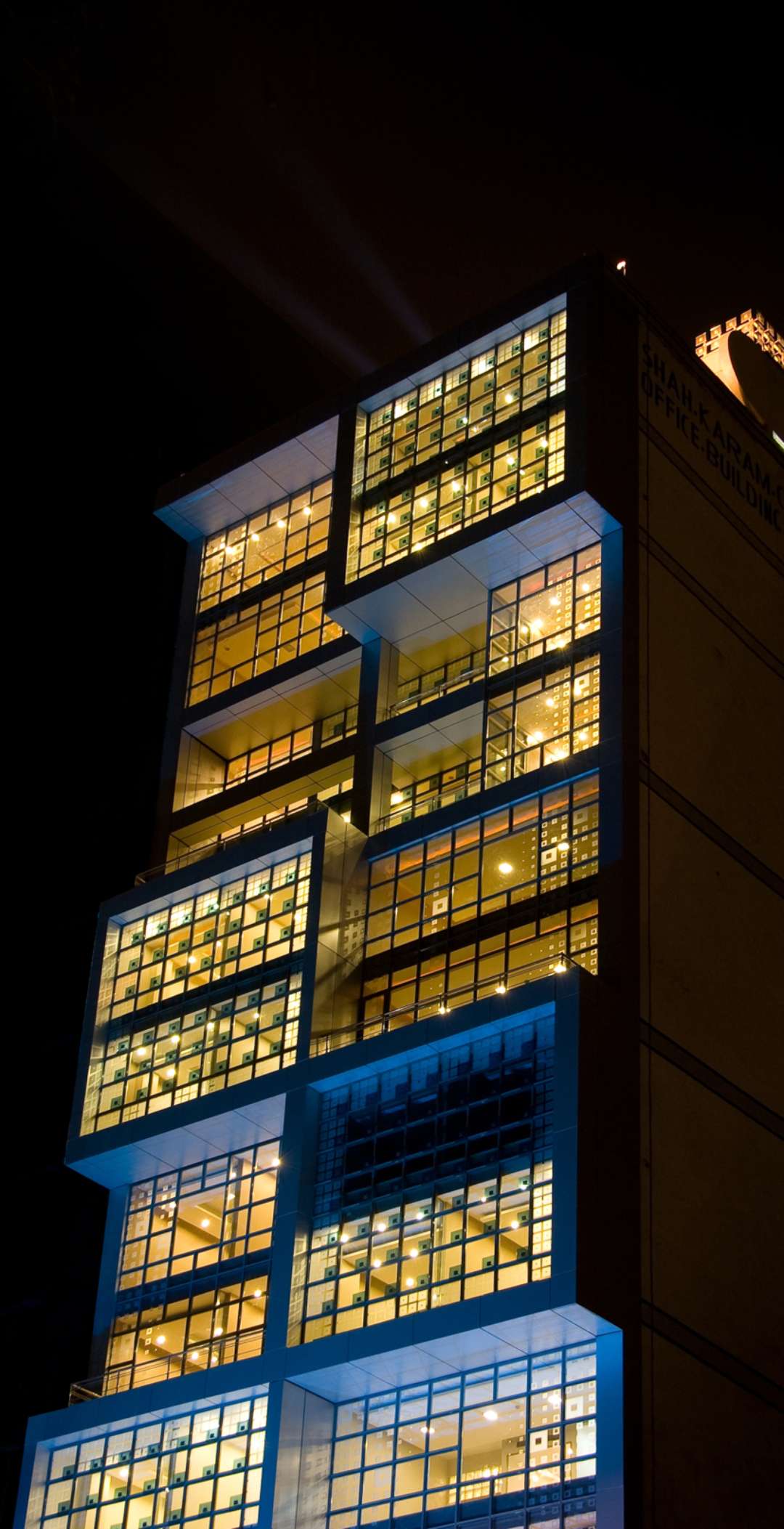 The face of the Shahkaram Office building is an exercise in playful modulation. The 14 floors have been grouped into seven rows of giant squares (featuring two different types of decorative Iranian Orosi windows), which have been cut and rearranged. 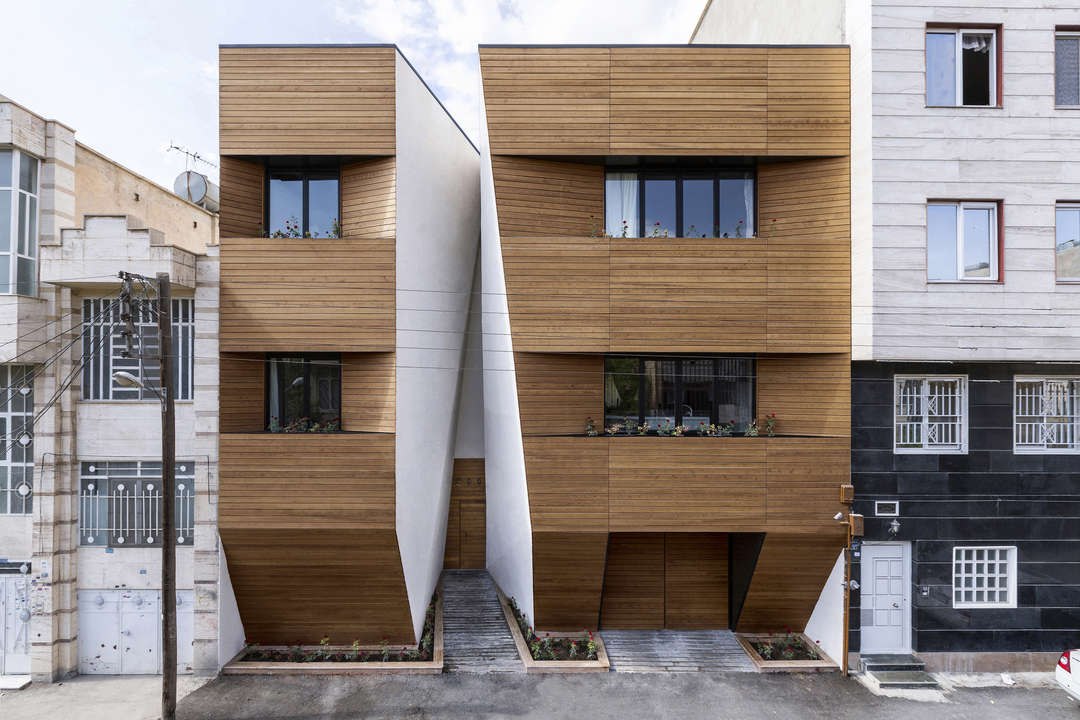 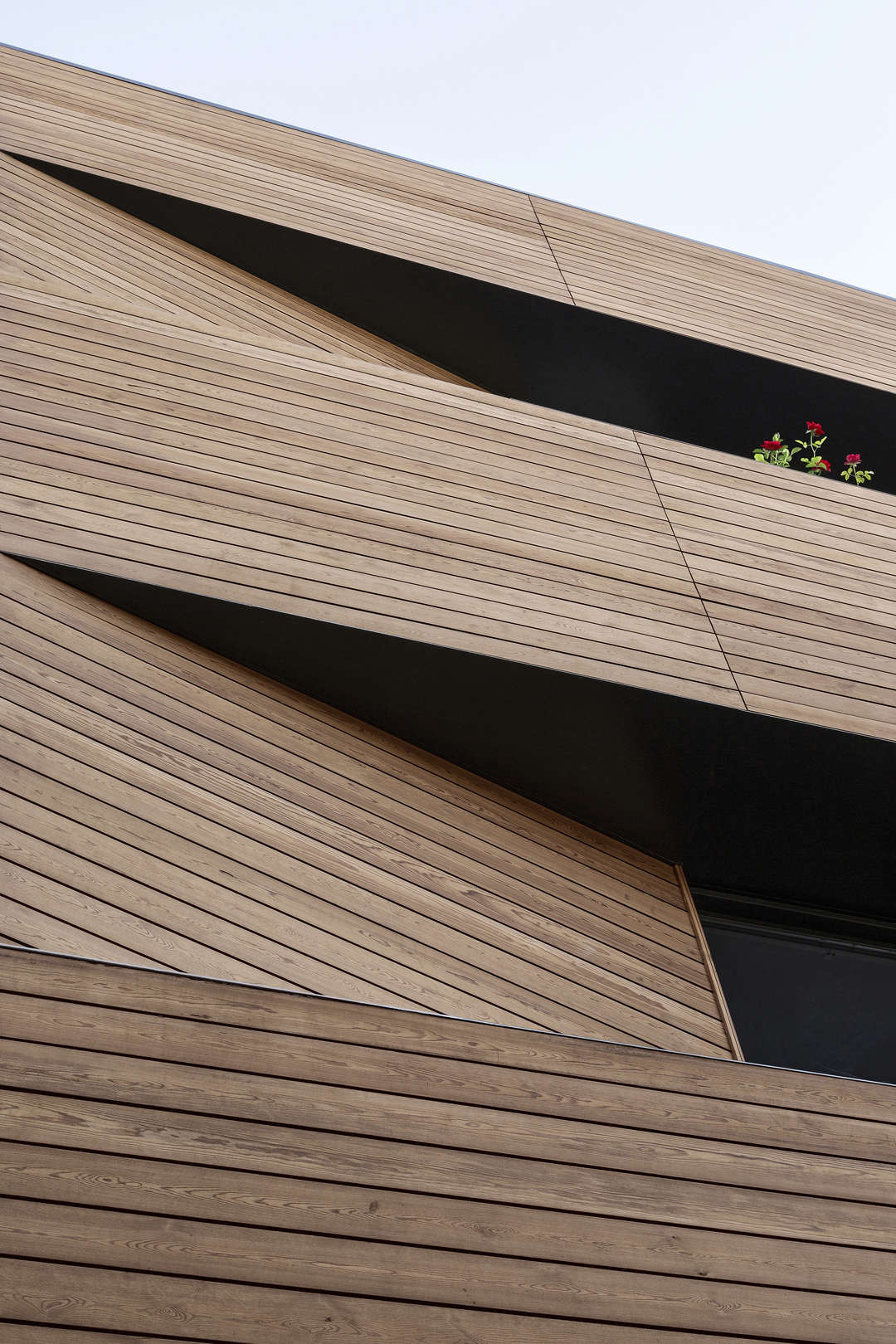 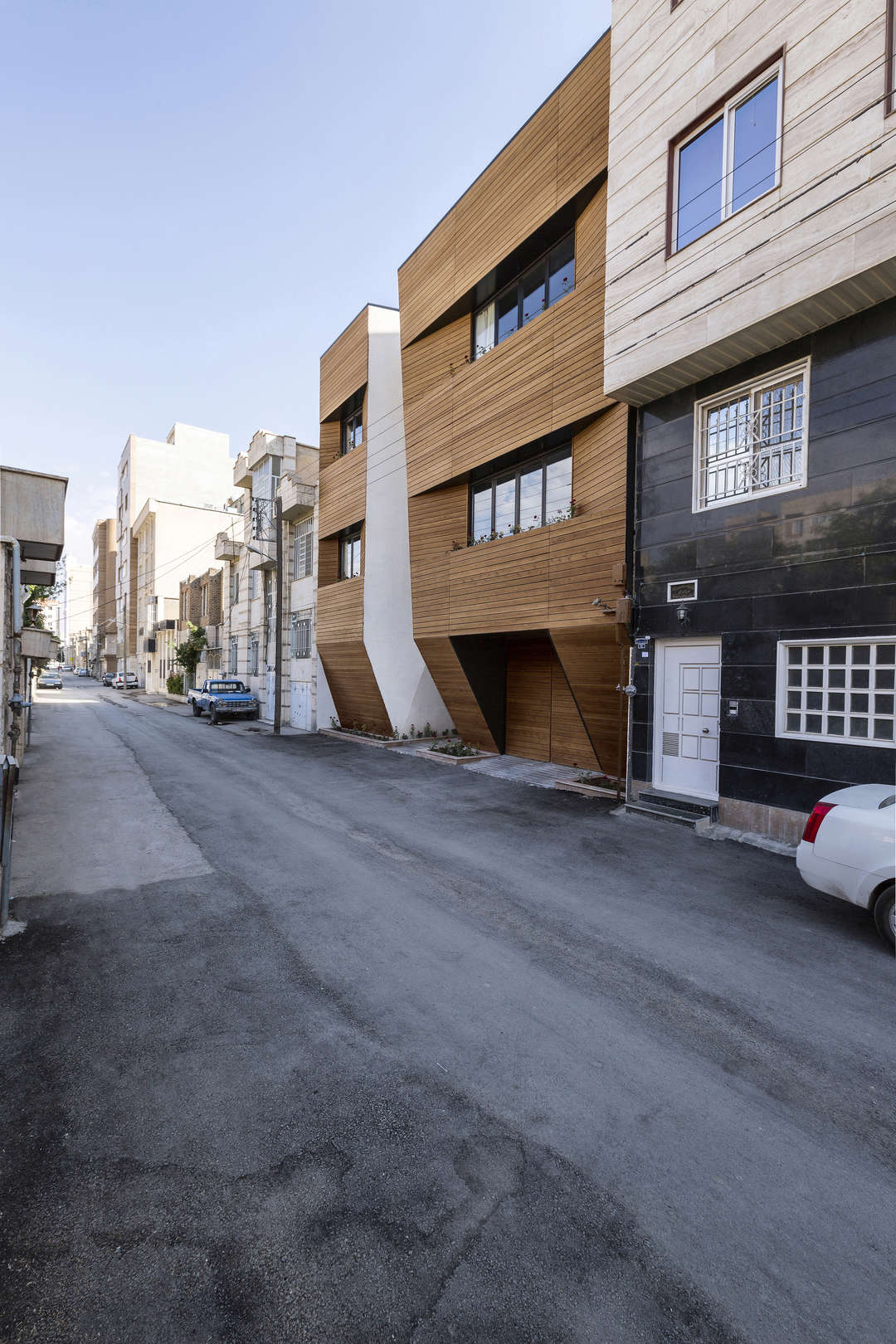 While admiring the handsomely cloven façade, we must bear in mind that this, in fact, represents only three-fifths of a house. Floors four and five, which will elongate the already dramatic front, are to be added when the two children of the house-builders reach adulthood. 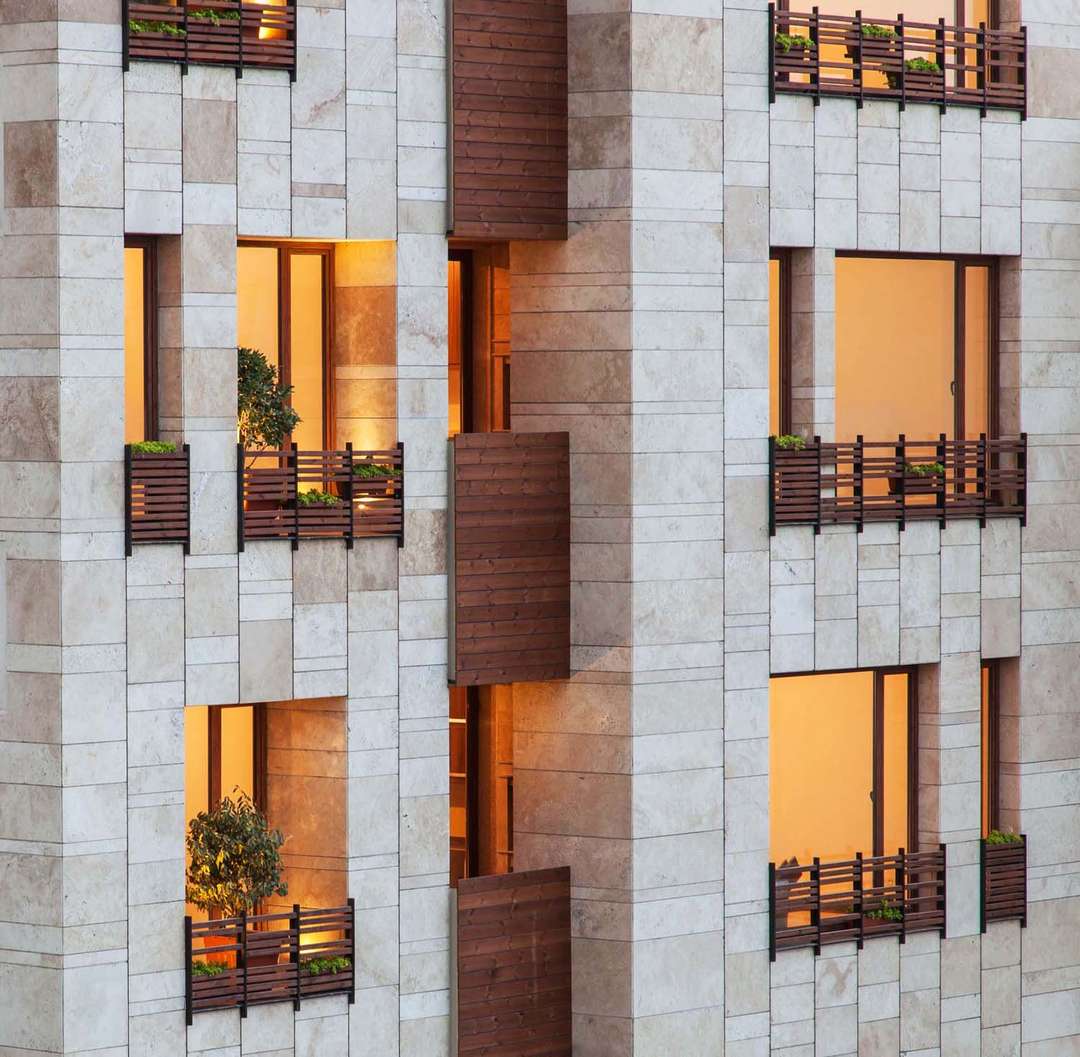 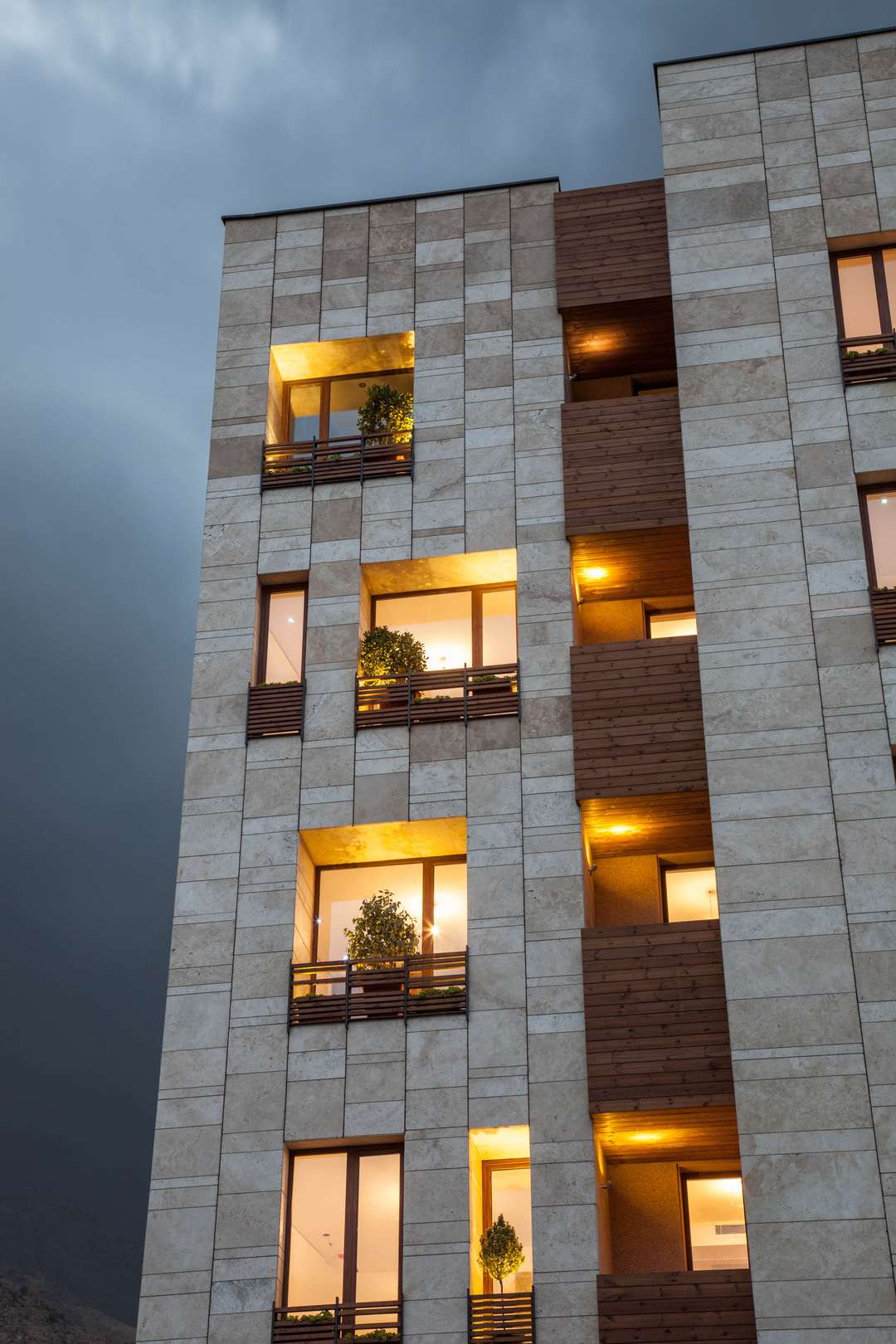 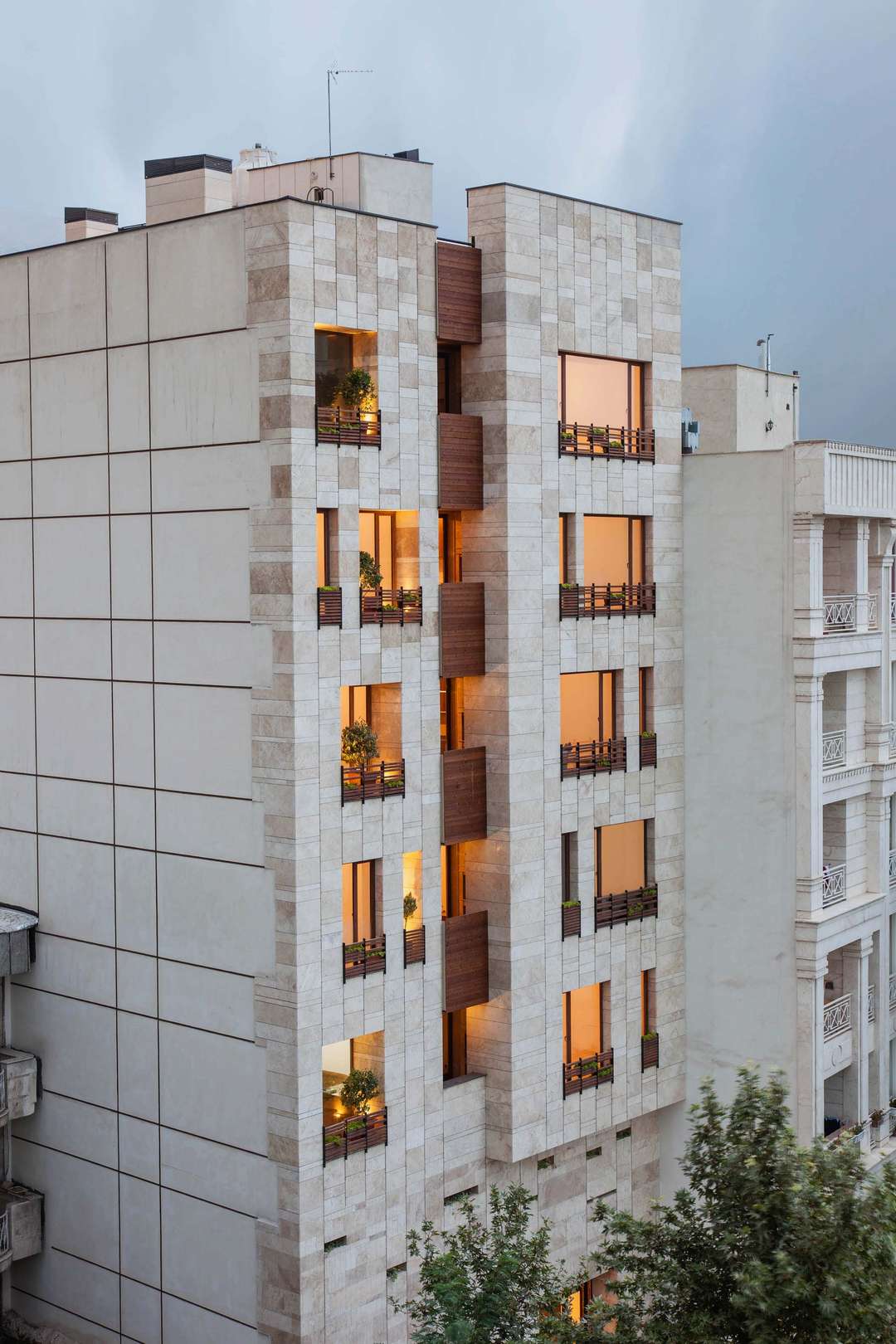 The Baranoosh Residential building features a number of interesting details: the fluttering grid of the stone cladding, for instance, or the balcony railings that appear uniform yet are unique for each apartment. A particular favorite is the moment when a façade piece has been deliberately omitted to make way for a planter.